I've been involved in music most of my life.  I started playing saxophone at age 8, and sang and played sax in casual and club bands through my early 20's.  I studied music in high school and at Fullerton College and Cal State Fullerton, where I earned a Bachelor's Degree.

I'm probably best known for my involvement with the band Undercover, where I was lead singer from 1980-84.  The band released three albums.  I also sang and wrote for The Fourth Watch (1984-87), and The Mirrors (1988-92). Both of those bands released one album each.

Check out my website and and discover the different projects I have going.

I'll be leading worship for the morning service.

Stories & Songs, Songwriters In The Round

I'll be playing solo. Cover songs and originals. Great food, outside dining. A favorite place of ours. 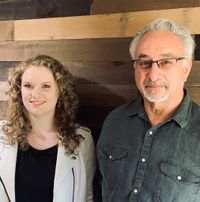 Laura and I will be playing together and sharing original songs. The doors open at six and the music starts at 6:30. Bring some finger food to share. Coffee and drinks will be provided. No childcare.

House concert for the CCBC staff. 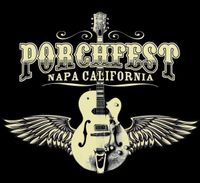 Acoustic solo set at Fuller Park. I'll be on the south side of the park, off of Laurel Street, at the Laurel picnic area.Food trucks, and lots of music throughout the park. Bring a beach chair or blanket.

I'll be playing a solo set from 7-8, and then hosting the open mic from 8-9. Solo musicians only.

Allie & I will be sharing our music at various events in Ukraine and England.

I'll be appearing with James Walker on bass and various members of Run With Patience who will be joining me.

Flow- Art On The River